Bière Bruts, or champagne beers (Bières de Champagne), are rare delights brewed with champagne yeast, while some are even cave-aged in France's Champagne region or subjected to the methode champenoise to remove the yeast from the bottle. 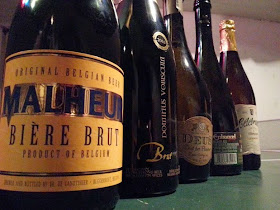 Beeradvocate includes merely 27 bruts by mention - some no longer brewed - and ranks only 14 as in production and having procured enough ratings to meet their most-popular-by-style list.  These beers are almost never available in stores in Canada and if/when one procures one the plan is to generally hold onto them for a special occasion as one would with a fine champagne.

Well, myself and a few pals managed to procure three official bruts (and a few Belgian Pales brewed with champagne yeast) and decided to enjoy them in a single sitting.  And, just what is the occasion, you may ask?  Good question!  The answer is, clearly, that we simply have three bruts!  In others words, because we can!  Because... BRUTS!  Maybe we'll be brutes by the end, but 11+ percentages be damned: this is gonna be epic! 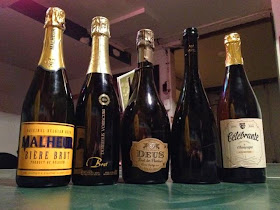 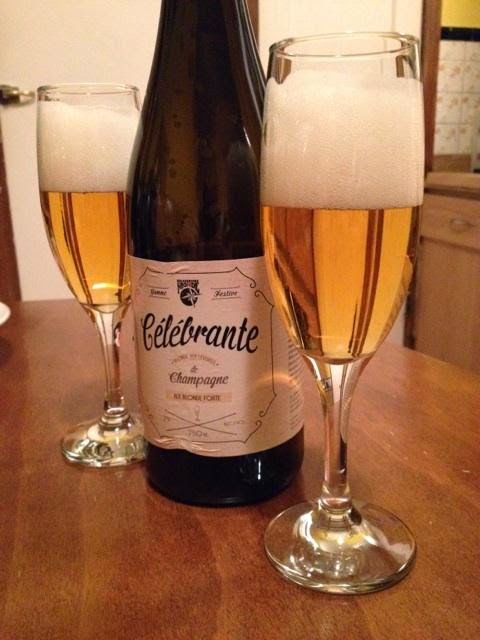 BdM's Célébrante (7% ABV Belgian Strong Pale Ale brewed with Champagne yeast) kicked off the evening.  Though this beer isn't quite to the standards set by these others, it is more widely available at many beer stores and better supermarkets throughout Quebec, at a reasonable price.  Don't let it dictate your ultimate assessment of these beers, but let it expand your horizons to its aromas of fermenting fruit and mild spices, alongside tastes of white-wine-esque vinous must and mild floral hops.  It is exemplary of the style for its clear, light, and delicate body and thick frothy white head.  While the carbonation isn't quite as fine as with these others, the beer is one to crossover between beer and wine to help convert those who think beer is but a single specific type.  Grade: B- 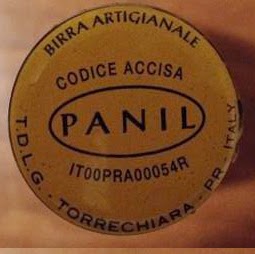 Having had Italy's Panil Enhanced Final before, we knew we were in for a gusher.  The carbonation on this beast explodes on every open as if made for a Stanley Cup victory party!  Though we opened by the sink, we probably lost half of this bottle to its explosive force and even our pours were virtually entirely head, as it poured a frothy white mound filling the majority of our flutes!  This delightful 8.2% Belgian Strong Pale Ale (likewise brewed with some hungry champagne yeast) was procured from the LCBO's winter seasonal release list this past December.  It wafts an enticing tart apple and lightly dusty nose, with some lemon notes not unlike a saison, while the taste is on the sweetish side of lightly sour, presenting some pears and a light barnyard linger.  With the carbonation, the taste seems to offer a bit of a spicy zesty quality before a dry finish in a champagne manner without any appearance of hops.  The body is light and fluffy with a soft delicateness enhanced by the intensely fine effervescence.  Grade: A-/A 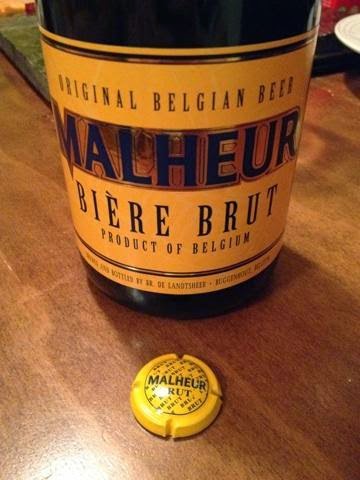 And on to the official Bruts... which began with Malheur Bière Brut.  This 12% ABV behemoth was actually 1 month past expiry, but the trader (who had imported a case) assured us it was still drinking well.  Whether that affected it, I do not know. Though the head was rocky, dense, and white, it was perhaps the scantest headed of the three, which is to say it had one of the craziest heads you'll ever see on a beer if the mildest of the night!  It began with the presentation of a mild citrus and similarly lightly dusty nose, while the flavour oddly began with a honey sweetness and ended with what I can only describe as a honey dryness - that too-much-sweetness-to-almost-be-drying-in-the-throat note, if you catch my drift?  It wasn't cloying, per se, but rather expressed the sensation of a honey sweetness and like dryness without the excess of sugar.  On the palate, it offered a sharp, tingly and almost spicy effervescence that was coupled with more heat than anticipated.  By that I mean that one could both feel and taste the alcoholic strength as this went down.  Certainly a fine brew, but as ranked on BA below the following two, so too did all of the tasters agree.  Grade: B+ 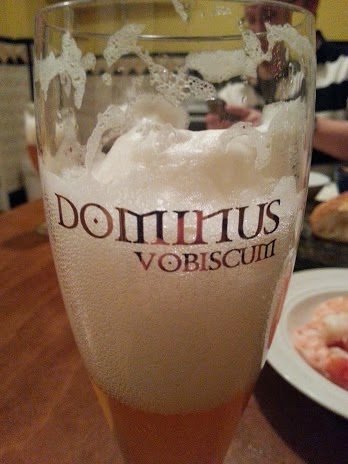 I had also had Charlevoix's Dominus Vobiscum Brut before (brewery only, usually) as they had some at Mondial de la Bière 2012, but as this was nearly a year past expiry we were a touch worried.  Yet several people told us it should be fine, and at 11% ABV we figured it would hold up even if delicate.  And it did, even if perhaps a touch past its prime.  The nose was nearly Bretty with dusty funk as the forefront expression, with some lemon zest and fermenting plums and apricots in the background.  The taste was similar but the fruity expression was more reminiscent of cherries here and, while quite sweet, it was much dryer in conclusion than the Malheur while also less boozy to the tongue (if not the chest or head!)  Though still sharp, it seemed slightly less carbonated than the others (perhaps due to age?)  Nonetheless, a solid crossover beer!  Grade: A 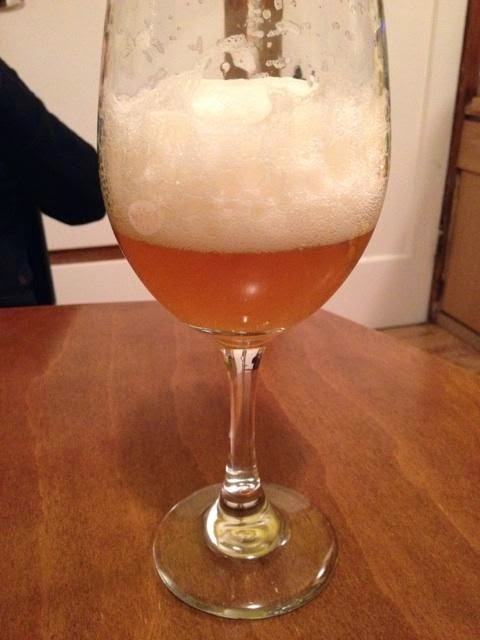 Finally, we get to DeuS Brut des Flandres, a legendary beer that actually goes through the methode champenoise, which makes a periodic (but rapidly departing) appearance at the LCBO every year or so of late (and one can only hope it returns this Winter once again).  The DeuS label tells us of the following 10-step process to its creation: 1) brewing in Belgium; 2) Primary fermentation; 3) Secondary fermentation/maturation; 4) Bottling in France; 5) Bottle refermentation with champagne yeast; 6) long maturation (in a cave in the Champagne region no less); 7) "Riddling" to separate the yeast sediment from the beer and have it slide to the bottle's neck; 8) Yeast removal through a freezing of the neck of the bottle and pressure-driven extraction from simply the gas buildup inside the bottle; 9) "Dosing" to compensate for the loss of yeast; and 10) re-corking and dressing of the bottle.  Following this, we get to enjoy it, as it pours a similar golden amber clear body capped by the now standard foamy white head.  To the nose it expresses spicy cloves and black pepper, as the most spiced of the bunch with just a hint of dust.  Cloves and rind dominate the flavour before a fine dry-wine-like finish of substantial character.  The body is light, with the finest carbonation of the bunch, while this is the least boozy to the tongue, if no less so to the chest with its 11.5% punch.  Grade: A

Thus, we wrapped things up.  It may have been my birthday when we did this tasting, but that was more of the reason that got me out of familial duties than the reason for the Brut tasting.  I encourage you to try these if and when you can for a changing take on what beer can be, and I promise that will be an event unto itself!  All are unique marvels, even if their individual qualities come out most in contrast when they are tasted together.  'Til next time... Santé. 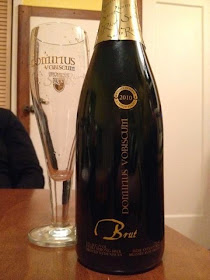